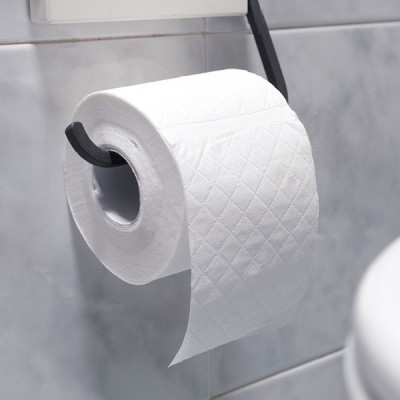 If you’ve been in a relationship for any length of time, say, a week or two, you might sense conflict creeping in. Nothing big, just silly little things like becoming annoyed because your partner can’t, won’t, or doesn’t know how to, ask for directions.

Or, regardless of where you suggest going for dinner, each idea is met with a sigh, a smirk, or even an outright snort.

There comes a day when a bigger argument comes snapping at your heels. After all, tension has wound up like a rubber band stretched to breaking, and your reaction might well be to seek shelter. The bathroom is as good a spot as any, but there, friend, lurks your biggest relationship doozy yet: Should the end of the toilet paper hang over the top of the roll, or be tucked underneath it?

It’s an age-old argument, centuries in the making. Seems the earliest mention of toilet paper dates back to the 6th century AD! The Chinese scholar-official Yan Zhitui came across some paper decorated with quotations from the sages, which he dared “not use for toilet purposes.”

No record of whether that paper got hung a certain way or not, so we’re guessing Yan Zhitui and his wife bickered about other things instead.

Centuries passed, and people got pretty creative with what they used for toilet “paper”: Sticks, leaves, moss and, in a development that finally brought relief to hineys everywhere, pages from the good ol' Sears catalog.

We suspect the real argument about the toilet paper roll hung over/under started festering around 1890. Official toilet paper had been invented a few decades earlier, but two brothers – modest ones, who went down in history without putting their names to this invention – had the great idea to put toilet paper on rolls.

And from this humble invention rolled out an unending source of frustration for coupledom to come.

Over or under? Under or over?

Aside from being a pressing aesthetic issue, the over/under debate also brings germ-related concerns. Our hands are at their germiest as they reach for toilet paper. The theory goes that if the toilet paper is in the “over” position, fingers only touch the toilet paper about to be used.

If the toilet paper is in the “under” position, chances increase for fingers to touch the wall, leaving a trail germs in their wake. These germs then lie in wait for the next set of unsuspecting fingers to brush up against as they reach under for toilet paper.

Not fully resolved, the debate raged on for decades, taking a surprising psychological twist a few years ago. That’s when relationship expert Dr. Gilda Carle examined the personalities within the over/under camps. She surveyed 2000 people and determined that:

The ones who don’t care? No surprise here, Dr. Carle found they prefer to minimize conflict.

Draining, isn’t it? After all this time, there really isn’t a final answer. It does beg the question, though, what we do here at Toilet Seat Headquarters. Are we in the over camp? Or are we under types?

Truth be told, neither. It’s not that we don’t care; it’s that we went the route of industrial-sized units that mount on the wall. Each is made of opaque plastic, making it difficult to see if the toilet paper is unrolling from the top or the bottom.

This little denial mechanism reduces conflict and keeps everyone in the office on friendly terms. Even though we’re known for our innovative culture, we’re also savvy enough to realize that some battles aren’t worth bringing up.

It’s enough trying to figure out what restaurant we should order in lunch from.

Read our other enjoyably humorous and always useful articles on toilet seats in The Reading Room. They include:

Meet Coco: A Classic With Plenty of Panache

How to Loosen Your Toilet Seat

How to Tighten Your Toilet Seat

Who Knew That Cleaning Your Toilet Seat Was So Easy!